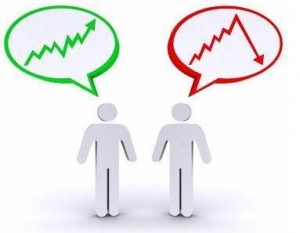 I personally believe that in addition to rising interest rates (although the some of the lowest rates in history) lowering the ability to purchase, slow job growth is a huge factor as well are part of the reason new housing starts are slow. Although some analysts say the unemployment rate is down, this is due to a large portion of the unemployed who stopped looking. To top it off, many of the jobs created are service industry jobs, which tend to pay poorly. So, while the demand may very well be there, the ability of the buyer to purchase is not up to par yet and the fundamental issues have still yet to be worked out, such as real wage growth (wages adjusted for inflation), and many other metrics.

Although, interestingly, houses priced $500,000 and above have enjoyed very hearty price increases while the lower price point properties from $0 to $100,000 to $100,001 to $250,000 have seen very little by comparison, or even negative growth. Of course, all real estate is local, and these stats are based largely upon regional and national datas.

So, if you’re into flipping houses, high end is probably a good bet for now.

Source of the below article: http://blogs.wsj.com/developments/2014/01/17/housing-starts-forecast-for-2014-past-is-not-prologue/

Blame it on rising interest rates.

The U.S. Census Bureau announced Friday that housing construction starts totaled an estimated 923,400 units for 2013. That’s less than many analysts’ initial forecasts for the year and well below the long-term annual average of roughly 1.5 million starts.

Home builders, economists and analysts long have pointed to several factors that crimped the supply of new homes in the U.S. last year, including scarcity of buildable lots and tight labor markets in some regions. But many say the bigger culprit was weakened demand due to the 1-percentage-point rise in rates from May to September.

“I suspect that builders could have built up to 1 million units even with the supply issues they were facing,” said David Crowe, chief economist for the National Association of Home Builders. “They didn’t, only because consumer demand weakened a bit as buyers saw mortgage rates rise.”

Not that anyone needs help remembering at this point, but the rate for a 30-year, fixed-rate mortgage jumped to 4.57% in September from 3.35% in May, according to Freddie Mac. The rate since has retreated a bit from that high to 4.41% this week, but it was the speed of the May-September rise that spooked buyers.

Many economists predict a better year for home construction this year than last. The NAHB has forecast 1.2 million starts for this year. Zelman predicts nearly 1.06 million. J.P. Morgan, nearly 1.08 million. Barclays, 1.2 million. Even UBS has made a relatively bold bet of 1.15 million starts.

Mr. Gapen, the Barclays economist, foresees personal disposable income for U.S. households posting gains this year. He sees home prices appreciating by 7% to 8% on top of last year’s gains of 11% to 12%. He expects that more buyers will enter the market when banks slightly loosen credit-qualification guidelines.

Most important, Mr. Gapen foresees job growth continuing at a healthy pace of roughly 200,000 new positions each month. “All of the factors that we think influence housing activity are supportive of further gains in starts,” he said. “The mortgage rate is the one variable that could move against starts.”

What do you think we did well? They were wonderful to work with! I could not [have] picked a better company to work with. I live in Idaho, so it was a long distance sale and Adam helped us so much. He was always keeping me informed of what was going on. He even helped me with getting my tenants out and also helped my tenants relocate. I would use them again in a heart beat.

What do you think we did well Everything!!! From the moment we were in contact with Adam things went smooth, quick and very professional.

Tell us about your situation and how we helped… Adam was compassionate, and was very sensitive to our situation. This house was looked at, sold, and went through escrow in 2 weeks!! All around was just a wonderful experience. Made a very difficult time in my families life a little easier.

What do you think we did well? It was simple and your offer came in higher than others.

Tell us about your situation and how we helped… We did not have the time nor could exert the effort to do the renovations to get the property up to speed to rent or sell. You gave us an offer… that seemed fair. We knew you would make some money on it but we did not have the hassle and my time is valuable elsewhere.

What do you think we did well? I had title issues with property and you guys handled it for me.

Tell us about your situation and how we helped… Everything is great. 305 1st Street Bakersfield CA was vacant and you guys bought it for me. Thanks!

What do you think we did well? Timely communication was the highlight of your service

Tell us about your situation and how we helped… Newly retired, needed to turn over this asset to firm up our “go forward” plan. Sale “as is” greatly appealed to us as this had been a rental unit and listing with a real estate firm would have delayed our efforts.

Get up to $25,000 CASH advance before closing! Get Your Free, Fair, Cash Offer Now. We purchase "As-Is". We provide our "white glove" treatment every step of the way. No real estate commissions and we pay all your escrow fees!
<